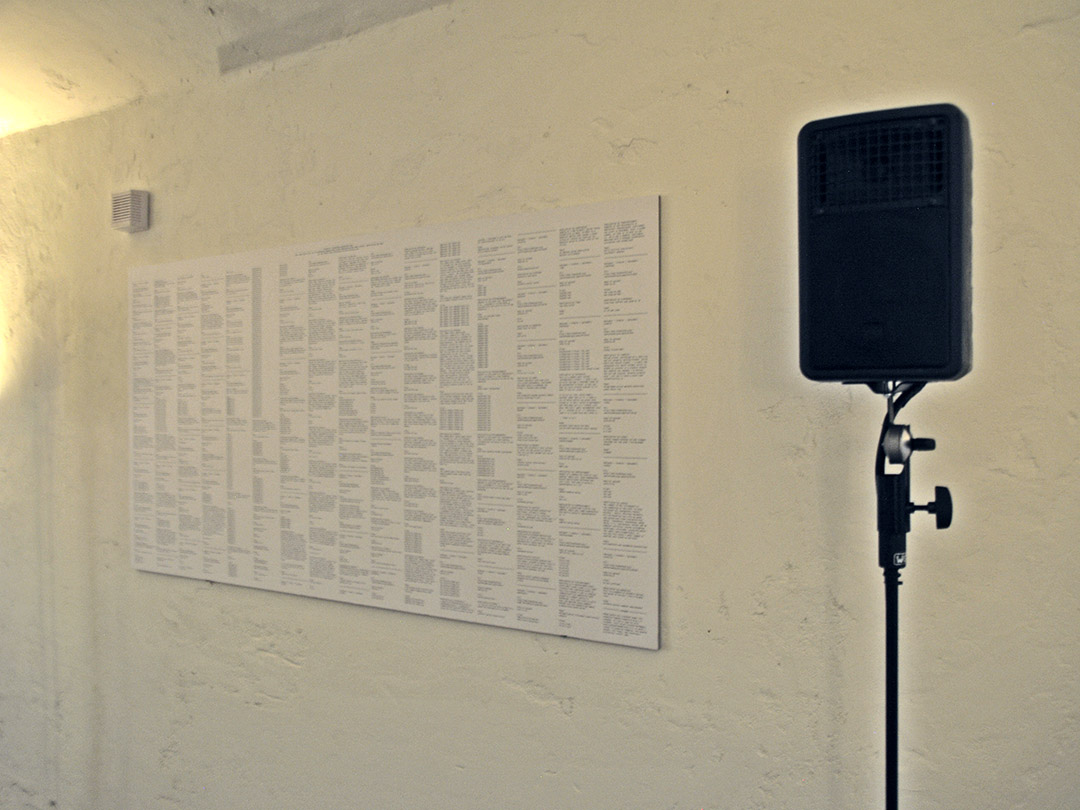 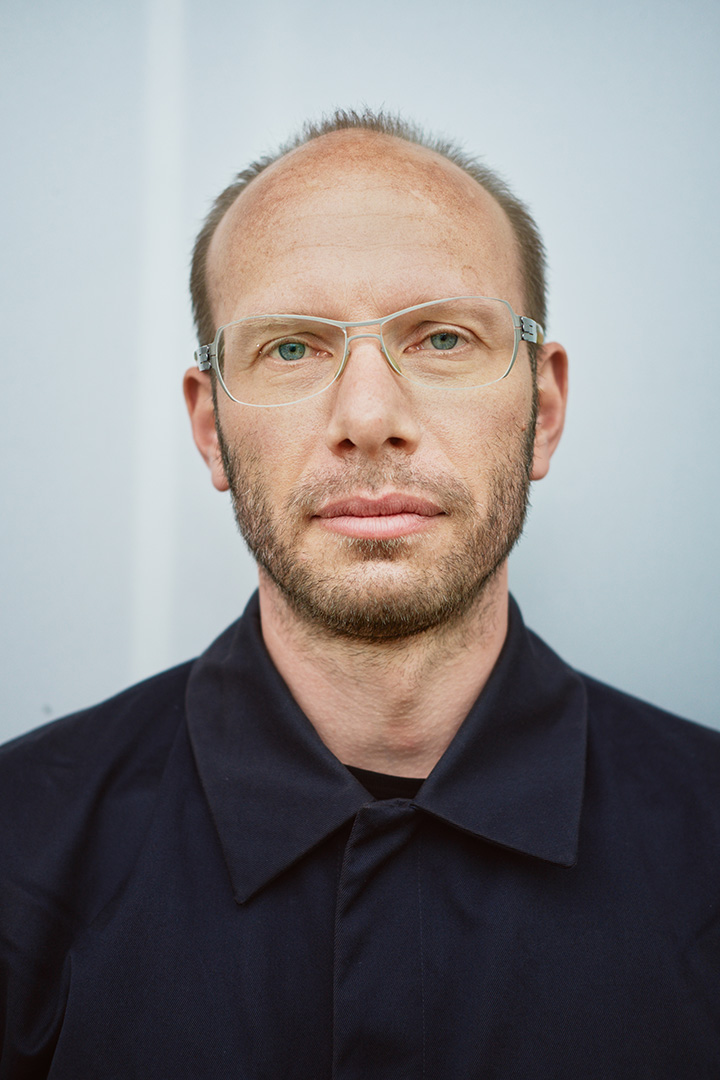 WHERE
Casa della Confraternita
way up to the castle

INAUGURATION
Saturday June 16th at 11.45am

The sounds used in the installation consist of numerous recorded samples of different instrumentalists playing a single note “A” across octaves (the usual tuning reference) and single strokes on non-pitched percussion instruments. All the sounds are found on and downloaded from the website www.freesound.org without being processed in any way. Distributed over eight loudspeakers, the recordings are being played back as if the people playing the instruments are trying to tune. A poster with the list of all used sounds, their descriptions and their authors is exhibited as a part of the installation.

Even though the recordings of the tones were made by different people on different locations (sometimes years apart without being aware of each other) they share the similarity of their conception, the focused intention to produce, record and share a simple musical sound of a certain frequency. The connection between the random and non-performative sounds is thus established not because they occupy the same place and time, but by a corresponding gesture.

Commissioned by Gaudeamus Music Week 2011 – a festival for contemporary music, and originally installed in the foyer of a concert hall, the installation relates to the moment just before the concert when the musicians gather in a physical space and consciously coordinate the tuning of their instruments.

Tao G. Vrhovec Sambolec is artist and musician based in Amsterdam – NL.
His works encompass interdisciplinary and mixed media installations, sound interventions and electro acoustic music.
Born in 1972 (Ljubljana – Slovenia), he received BA – main subject clarinet – at Trondheim Music Conservatory (Norway), BA in music composition and MA at Interfaculty Image and Sound – ArtScience, both at The Royal Conservatory in The Hague – The Netherlands, where he also followed Sonology course.
In 2017 he completed Artistic Research Fellowship at the Bergen Academy of Arts and Design, under the auspice of the Norwegian Artistic Research Fellowship Programme (parallel programme to academic PhD).

He was commissioned pieces by Barton Workshop Ensemble (Amsterdam), Percussion Group The Hague and Slovenian Cinematheque.
In 1996 he formed together with Tomaz Grom electroacoustic improv duo TILT.
Since 2018 he is member of artistic committee of puntWG Gallery in Amsterdam and a member of artistic committee of DNK – Amsterdam, a series of experimental contemporary music and sound art concerts, events, lectures and exhibitions.
He is founder of international cycle of sound events, lectures and workshops Bitshift in Kapelica Gallery – Ljubljana, which started in 2001.
In 2008 and 2011 he got awarded Startstipendium from The Netherlands Fundation for Visual Arts, Design and Architecture – Mondriaan Fonds.