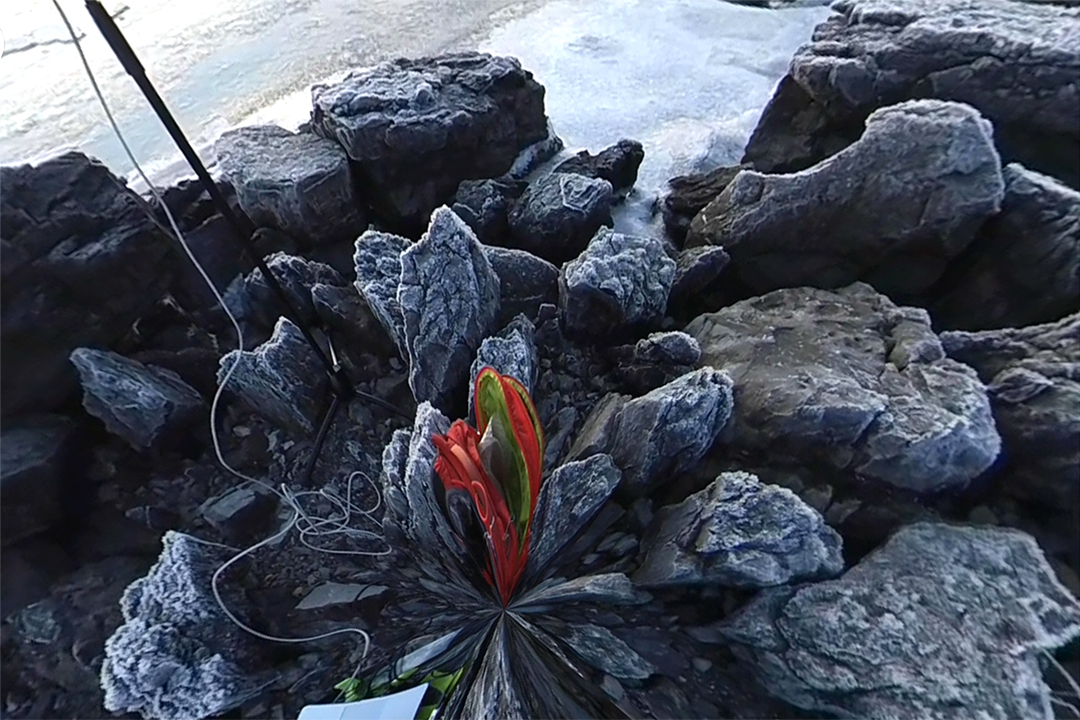 AT THE ENTRANCE
Access is allowed for 2 visitors at a time. All visitors will be registered at the entrance in compliance with the rules to prevent the spreading of Covid19.

Booking is recommended to avoid gatherings of people at the desk. You can do it by sending us an email with your name, surname and contact data.

Time, detail and space are the three central elements of this composition by Natasha Barrett, created with the sounds recorded in the Hvervenbukta maritime area, near Oslo.
The dynamics of the soundscape were collected with a meticulous field-recording work that lasted several months and which include both the more anthropocentric and holiday character of the summer (Hvervenbukta is a renowned tourist resort) and the quieter and more rarefied one of the winter.

«The propagation of sound varies a lot according to the seasons and changes according to the temperature and humidity of the air.
The cold, the lack of leaves on the trees, the absence or almost the absence of seagulls, boats or people on the shore, allow us to hear the echo given by the morphology of the landscape.
The sound you hear when the waves break the ice extends across the whole fjord.»

The composition also mixes elements obtained from electronic manipulations on sounds that are usually inaudible because they are too short or too weak, or very sparse over time.

«It’s not just about what we don’t feel at the moment, when we’re not focused, but everything we don’t feel because we weren’t there. In this composition I used microphones with different angles and in places where it is rare to be, such as at six in the morning on a cold January day, or where we cannot physically be, that is, in several places at the same time. (…)
I hope to offer people a new experience that stimulates them to listen to their surroundings in a different way. It is about opening the senses and experimenting». – Natasha Barrett

Natasha Barrett is a composer of acousmatic and live electroacoustic concert works, sound and multi-media installations, and interactive music. She is a leading voice in the new wave of artists working with ambisonics, 3-D sound, and its contemporary music context.

Her inspiration comes from the immediate sounding matter of the world around us, as well as the way it behaves, the way it is generated, and by systems and the traces that those systems reveal. These interests have lead her into worlds of cutting-edge audio technologies, geoscience, sonification, motion tracking and some exciting collaborations leading into the unknown – involving performers and chamber ensembles, visual artists, architects and scientists.

Her work is commissioned, performed and broadcast throughout the world. Active in performance, education and research, she is co-director of the Norwegian spatial-music performance ensemble EAU (Electric Audio Unit) and founder of 3DA (the Norwegian society for 3-D sound-art). She currently holds a professorship at the Norwegian Academy for Music, Oslo.