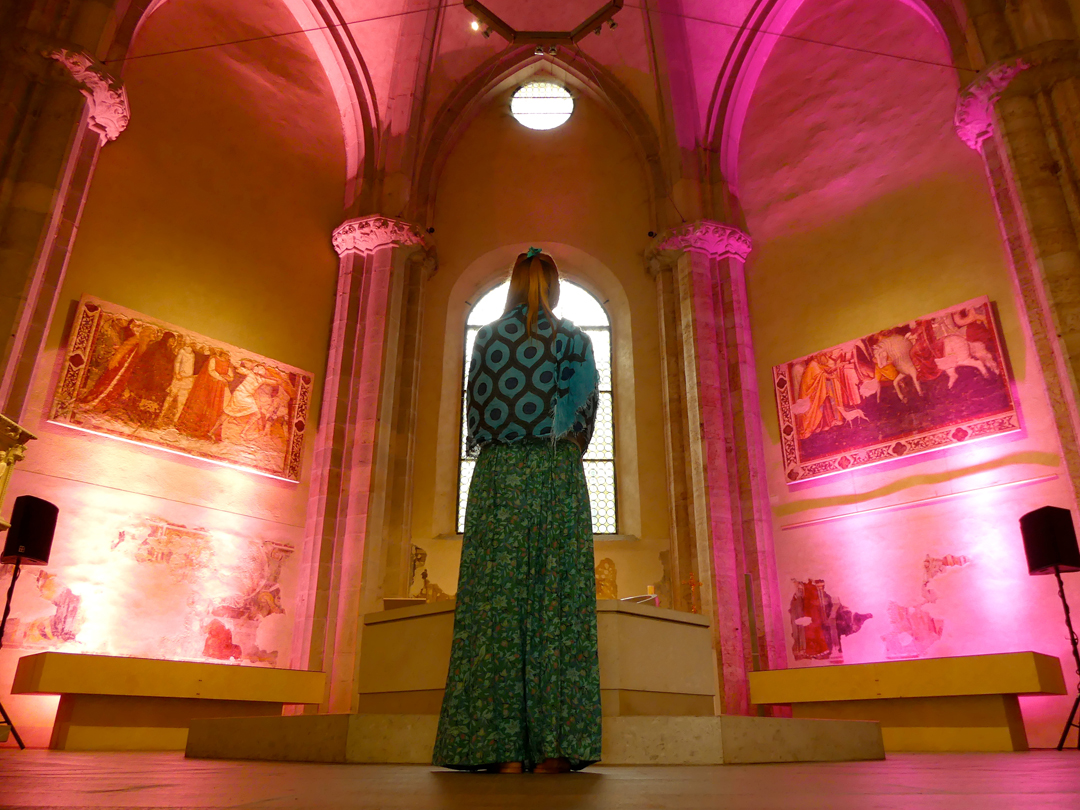 From Thursday to Sunday 6 – 7pm

Composed 2015 with audio recordings made at the Festa de São João in Porto in 2010 and the Thaipusam festival in Kuala Lumpur in 2012.

The Festa de São João is a local party based on pagan rites dating back to Roman and Celtic times, later swallowed by the Catholic agenda. Thaipusam is a Hindu religious festival that is celebrated by Tamil Hindus in 12 Asian and African countries and some expat communities.

Beyond the ritualistic part (i.e. fecundity rituals involving garlic flowers and various herbs, but also fire jumping), São João is characterized by collective inebriation with alcoholic beverages around dance parties into the next morning. In the 20th century, a capitalist enterprise has transformed the audio properties of the festival by introducing soft plastic hammers, which added a new layer of collective abreaction to the event.

Thaipusam’s origins lie in the celebration of Lord Murugan’s defeating the demon Soorapadam with a spear. The festival takes several days and features whirling dances, spectacular body modification and the display of trance by some of the devotees. Weeks before the celebration they eat a specific diet and castigate themselves in order to reach the trance state. They also smoke dozens of cigars during the 15 km procession to the Batu Caves shrines.

Music and chemical substances determine both celebrations – changing the states of body and cerebral system. Toxins included in those substances alienate and liberate the individual from its routines. In both cases, it is a collective experience. Although Thaipusam is to some degree a violent experience, both festivals generate a peace- and joyful repositioning of the individual in society and the course of her or his life. Therefore it is common that people look forward to and prepare for those annual festivities – some almost unconsciously and trivially, others entirely spiritually.

Born in Darmstadt, Germany, in 1970, Marc Behrens works internationally on several cerebral and physical levels, his work consists mainly of electronic and concrete music, installations and also photographs and video. Since 1989 he has released more than 30 music albums.

His activities since 2008 include sound recording in remote Western China, in Australia, Namibia and the Amazon, founding an incorporated company as a social art work, and staging a rite of passage for an investment banker. After producing radio works for WDR 3 and hr2-kultur, Behrens wrote the radio drama «Progress» in German language for Deutschlandradio Kultur in 2013, in which rituals serve to connect the artist’s family history since 1869 with technical and political history.

2014 Atom™ and Marc Behrens released the Album “Bauteile” on Editions Mego, and 2016 marks Behrens’ return to song forms with the live set “Breaking the Elephant’s Legs”.

2006–2010 Marc Behrens was a lecturer at the Academy of Fine Arts, Saarbrücken, Germany (HBKSaar), and 2007–2009 at the University of Applied Arts Darmstadt-Dieburg, Germany. 2003–2007 he was co-director of the music label Sirr, 2006–2009 co-director of the Frankfurt Association of Contemporary Music (FGNM), 2010–2013 member of Granular (Lisbon). Behrens is a member of the German Association for Electroacoustic Music (DEGEM), and a citizen of The Kingdoms of Elgaland~Vargaland. 1989–1993 he ran the music label «Animal Art», since 2014  his own music label «Availabel».