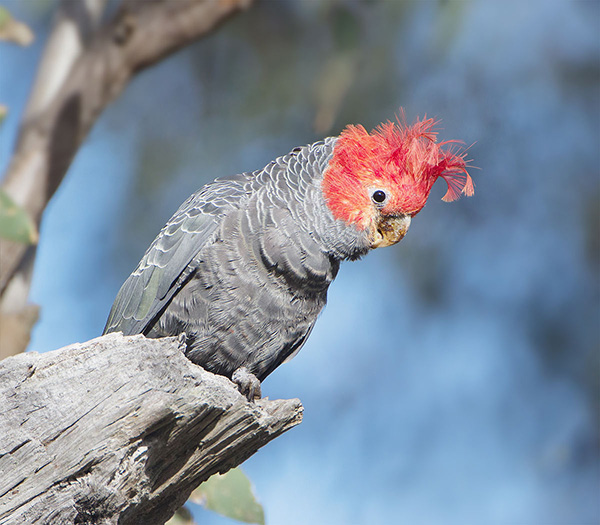 Bird vocalizations are generally used to mark territory and attract mates, and the project’s incongruent audio is mixed so as to appear to sound – to humans – as “real” and “lifelike” as possible in the environment. The artwork is also presented as a covert, site-specific action.

There’s No Place Called Home has been shown on major international exhibitions such as the 12th Bienal de la Habana (2015), the 3rd Marrakech Biennale (2009), and Experience Pommery editions 10 (2011), 11 (2012), and 13 (2014). Recent presentations include Tous, des sang-mêlés, (MAC VAL, Paris, 2017), We Listen For The Future, (Yorkshire Sculpture Park, Wakefield, 2016), and Malmös Leende produced by the Statens Konstråd (Malmö, 2016). The artwork is represented in the collections of the FRAC Champagne Ardenne (Reims, France), Khalid Shoman Foundation (Amman, Jordan), the Nirox Foundation (Johannesburg, South Africa), the A4 Foundation (London, U.K.), and numerous private collections around the world.

Conceptually, this artwork keys into the symbol of the bird – the animal at which we direct ideas of freedom, transience, migration and cultural currency. It is a call to wonderers, strangers and outsiders – to those who have gotten lost. There’s No Place Called Home generates meaning out of displacement, using foreign elements to illuminate the social, cultural and political interactions endemic to the installation site. Like a metaphorical ‘cuckoo’s egg’, the birdcalls are disguised as a part of the natural environment, concealing a level of meaning from all but those in the know.

Embedded in this project are several strategies core to Webb’s working process. The secret, unannounced interventionist bent, as seen in other projects such as The Autumn Project, In Living Memory of What Never Happened and Saturday night can be the loneliest place on earth, tap into ideas of intimacy and alienation – the intimacy of a shared secret, along with the possibility of that secret going unnoticed. This way of working also necessitates a keen awareness of different audience sets – a consideration of how meaning changes between those who experience the work first hand (but may not know it), those who see documentation of the work, and those who hear about it anecdotally.

James Webb (1975) is a South African artist based in Cape Town. His work, framed in large-scale installations in galleries and museums, or as unannounced interventions in public spaces, often makes use of ellipsis, displacement and détournement to explore the nature of belief and the dynamics of communication in our contemporary world.

Webb’s practice employs a variety of media including audio, installation and text, referencing aspects of the conceptualist and minimalist traditions, as well as his academic studies in advertising, comparative religion and theatre. Webb has presented his work around the world at institutions such as Wanås Konst in Sweden, the Yorkshire Sculpture Park, U.K., and the Darat al Funun in Amman, Jordan, as well as on major international exhibitions such as the 13th Biennial of Sharjah (2017), 12th Bienal de la Habana (2015), 55th Biennale di Venezia (2013), the 3rd Marrakech Biennale (2009), the 2009 Melbourne International Arts Festival and the 8th Biennale d’Art Contemporain de Lyon (2007).

In 2012, James Webb was the subject of the survey show, MMXII, at the Johannesburg Art Gallery. Recent projects include La Syzygie, a multi-dimensional reading of the Théâtre Graslin in Nantes, and the creation of Prayer (Stockholm) for Historiska, Stockholm (both 2016). His first solo exhibition in France, Hope Is A Good Swimmer, was presented at Galerie Imane Farès in Paris. In 2017, Webb participates in Tamawuj, the 13th Sharjah Biennale curated by Christine Tohme, Afriques Capitales curated by Simon Njami at La Villette, Paris, and presents his first major work for radio, The War Of The Worlds, as part of Every Time A Ear Di Soun, curated by Bonaventure Soh Bejeng Ndikung and co-curated by Marcus Gammel for documenta 14.