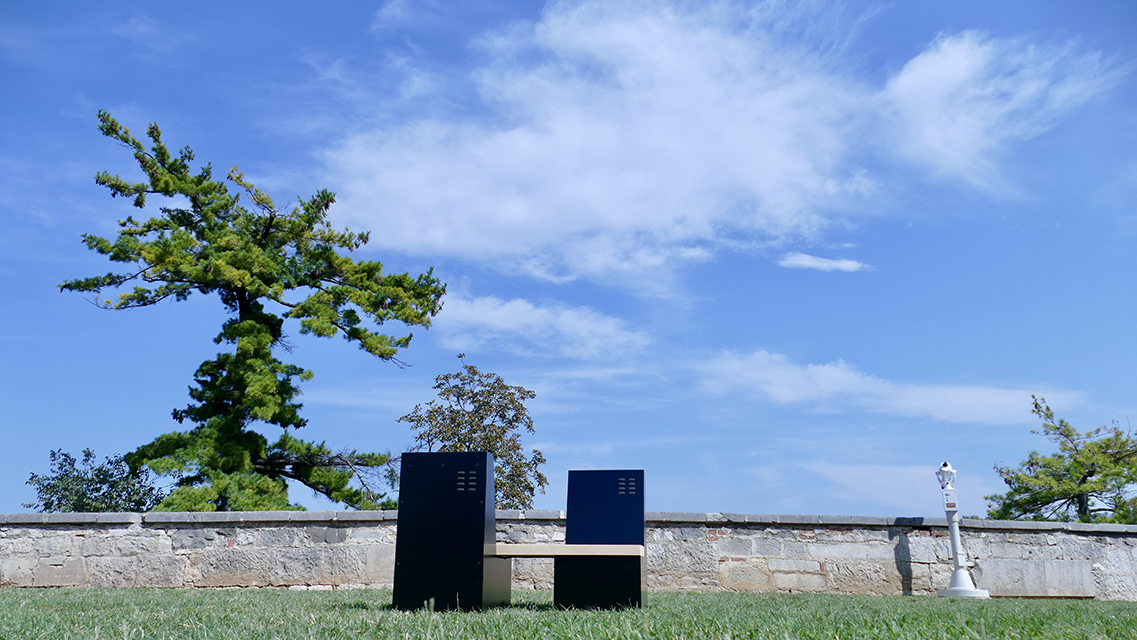 How to describe art to those who cannot see? How would a person who has never experienced colors, changes in light or perspectives, describe a work of art?
The Swedish Association of the Visually Impaired – SRF annually organizes a cultural challenge that involves its members and people with visual disabilities who are asked to imagine and describe a work of art.
The aim is to orient the creation towards an inner image, an idea of ​​a work of art, and not towards the material form of an object. Art is imagining.
The theme of the “Skissa Loss!” (Sketch it!) 2020/2021 cultural challenge had “freedom” as the theme. The jury, composed among others by the famous Scandinavian watercolorist Lars Lerin, selected three winning works, whose description were transposed to music by three Swedish composers.
The three imaginary works were created by the artists Astrid Scott, Eva Klang and Cecilia Ramstedt, all three of whom are visually impaired.

THE WINNERS OF THE SKISSA LOSS CULTURAL CHALLENGE 2020/2021

Astrid Scott is 13 and goes to school. In her spare time she dances, plays the piano, plays with the computer and paints.
«For me, art is a way to express one’s feelings and thoughts. Creativity in the form, for example, of images, dances or sculptures.»

Eva Klang is an ethnologist and historian with many years of experience in museum pedagogy.
«Art activates the inner eye that can see any distance in time and space – both in myself and in others.»

Cecilia Ramstedt is currently experimenting with several models of fragrant jewelery in textiles. She will also soon start a new education to supplement her professional skills as a therapist.
«For me, the term “art” encompasses most of the ways in which people can express their thoughts and feelings in order to convey them to others. It is the most interesting and the most fun we can do to develop ourselves and society. It’s like oxygen. It is not possible to breathe and live without it.»

Erik Peters is a Stockholm-based composer and performer who teaches composition at the Royal Academy of Music and Gotland School of Composers. His production is often placed in an interdisciplinary context and includes for example texts/sound pieces, electronic music, chamber music, video and sound installations, radio works and pieces of sound theater. His music has been released on labels such as Fylkingen Records, Phono Suecia, Caprice Records and Alice Musik Produktion, and he occasionally writes for Swedish magazines such as Nutida Musik and Kritiker.

Hanna Hartman is a Swedish sound artist, composer and performer living in Berlin. She studied Literature and History of Theater at the Universities of Uppsala and Stockholm, Radio and Interactive Art at the Dramatiska Institutet and Electroacoustic Music at EMS in Stockholm.
She compose works for radio, electroacoustic music, sound installations and numerous shows around the world, winning the Prix Europa, the Karl-Sczuka-Prize, the Rosenberg Prize and the Phonurgia Nova Prize, among others.

Thommy Wahlström is a Swedish composer and musician. He is a graduate of the Gotland School of Composers and the Royal College of Music in Stockholm. His music is often a combination of acoustics and electroacoustics. In recent years he has focused in particular to the development of graphic scores.

WHERE
Court and garden of Palazzo Morpurgo
Entrances from Via Savorgnana, Piazza Duomo and Piazzetta Belloni