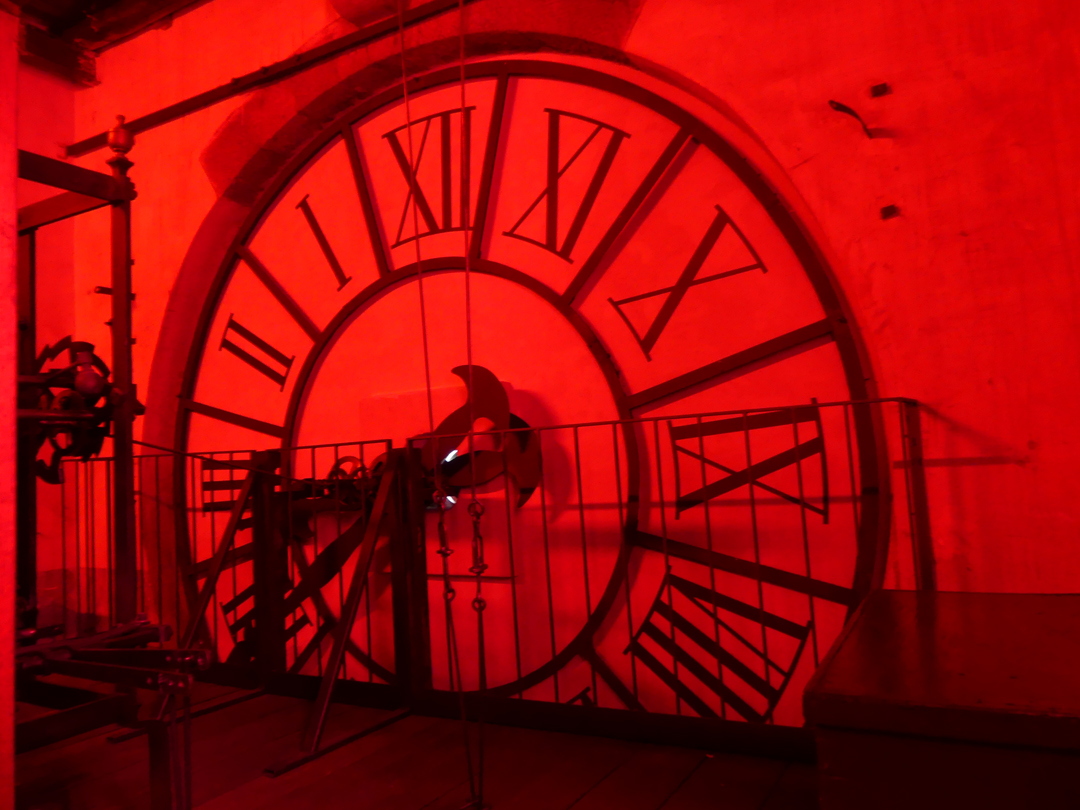 THE ENVELOPE OF THE HOUR

Saturday June 3rd at 10am

THE ENVELOPE OF THE HOUR

Bell towers have historically marked and measured social activity and the tempo of a day with their sonic presence in a town. Today time is determined globally under International Atomic Time, a coordinated time standard established by a network of atomic clocks operating in various countries; synchronized and transmitted by satellite and shortwave frequencies worldwide. The advent of atomic time means that the second, not the day, is now the fundamental temporal unit, determined by a vast number of very quick oscillations. Meanwhile, local and personal perceptions of time continue to elude such regularity, and even digitally networked devices may fail to synchronize.
The Envelope of the Hour is a multi-channel sound installation composed from manipulations of the radio broadcast of the atomic clock and of domestic striking clocks, exploring the sonic resonance, suspension, drift and decay of atomic and mechanical clock time. Created with support by the Arts Research Institute of University of California, Santa Cruz.

Anna Friz is a sound and media artist who specializes in multi-channel radio transmission systems for installation, performance, and broadcast. Since 1998 she has created and presented new audio art and radiophonic works in more than 25 countries, where radio is often the source, subject, and medium of the work. She also composes sound works and sonic installations for theatre, dance, film, and solo performance that reflect upon public media culture, political landscapes and infrastructure, and time perception.
Anna holds a Ph.D. in Communication and Culture from York University, Toronto and is currently Assistant Professor of Sound in the Film and Digital Media Department of University of California, Santa Cruz. She is a steering member of the artist collective Skálar | Sound Art | Experimental Music based in East Iceland, a long time affiliate artist of Wave Farm (formerly free103point9) in Acra, New York, and an itinerant member of the Toronto-based collective Public Studio.